Like everybody else who follows k-pop, I’ve been reading about Kris leaving EXO, after all it’s been pretty fucking impossible to avoid.  In fact it’s even interrupted my blogging schedule – I had a completely different blog about 80% completed and then this fucking shit turned up and crashed the blogging party, demanding that I write about it, simply because I know people will not stop asking me about this stuff if I don’t write about it.

While I honestly have no major emotions about EXO in any particular direction (other than at least “Overdose” is better than “Growl”), it’s been vaguely interesting to watch the reaction to their line-up situation in Korea.   Many people are calling Kris lazy and sticking up for the rest of the group… but a thought occurred to me: if it were a female group, this would never happen.  Whether it’s T-ara, Girl’s Day, 5Dolls, miss A, Sistar, Jennie Kim, SNSD, Crayon Pop… it doesn’t matter which group it is, when a member is having trouble, that member is an angel and the rest must therefore be evil bullies.  Because anonymous people on the Internet said so.

I thought it would be interesting (to me, maybe not to you or anyone else but oh well) to turn the tables.  How would the EXO/Kris situation be received by the hive-mind if they were judged by the same standards that netizens use to judge female groups?  Read on in the following hypothetical scenario (I have to bold this part or some dumb motherfuckers won’t understand the point of this blog) and find out.

EXO bullied Kris out of the group: the ironclad evidence*

1. SOLID VIDEO EVIDENCE OF BULLYING OMG SAY IT AIN’T SO

Sure, it’s part of a roleplay for a TV show and they’re just pretending… but we’re using the same standards that netizens use to judge girl groups and inconvenient facts didn’t matter to netizens when judging “rice cake Eunjung” so they don’t matter here either.

Look at this other EXO jerkoff (I don’t know which one he is but it doesn’t matter because they are all not Kris and therefore equally bullies) using Kris as a leg-rest.  If you want objectification, forget that tits-out Hyosung video because it’s right here.  Total dehumanisation, he is nothing more than furniture to the other members.

Kris responds: “What’s the deal bro?  I thought we were pals?”

Clearly his costume designer is bullying him.

Yes some of you have noticed that I wear a hat like this on my stream – to show SOLIDARITY WITH KRIS AGAINST BULLYING that’s right.  Someone has to stick up for him.  It’s me, Cypress Hill’s Sen Dog and Kris against the world.

4.  Kris fucked off to Canada because he couldn’t stand the bullying.

The two great bastions of truth agree: a rumour mill article, and a random netizen.  It must be true.

He must be sad about something to be doing all this crying.  It couldn’t be the wonderful working conditions and ultra-low pressure lifestyle of k-pop, surely not – so it must be bullying.  What else is there to be sad about in the wonderful cushy world of Korean pop idols?

Kris has reimagined EXO as a frightening dragon, a wild beast with sharp teeth, terrifying paddle-feet (or maybe wheels?) and no mercy, destroying everything in its path.  Do you see him smile in this picture?  No, you do not.  Do you see anything in the dragon’s path in this picture?  No you do not.  That’s because the dragon already destroyed everything else in the world.  Like Kris’s dreams.

Another picture, that Kris drew of EXO.  His self-portrait is on the far left.  Notice how he is on the outer edge, and the distance between his figure and the rest is greater than any other EXO member in the picture.  He has surely been ostracised and is relaying this subconsciously through his artistic endeavour – it must be true because I’m referencing an academic article that I didn’t actually take the time to read properly but sounded about right just from the heading to back up my point.  Meanwhile the group is imagined as a wild beast with a Ku Klux Klan hat, which might not have anything directly to do with bullying but is just weird so we know something strange is going on.

Check out these totally reliable rumours from some anonymous person.

Kris is a private person. When he first joined SM as a trainee, he was very motivated and wanted to learn everything, like a child. But he was told before directly by staff that he wasn’t good at anything, even up to this year.

Incredible.  It sounds so true, especially because it fits the argument that I’m already making.  That’s important, because if it didn’t, I’d have to disregard it and that would be a shame.

SM staff won’t even let him display his harmless tattoo:

How mean, how dare they cover up his brave, unique sign of individuality in a genre known for free thought and individual freedom of expression.  Surely they are just picking on him.

8.  Kris is embracing the way of the Cao Ni Ma as a psychological defence mechanism.

We all know about Sulli’s love of the Grass Mud Horse and what’s really at stake.  Kris knows, too. 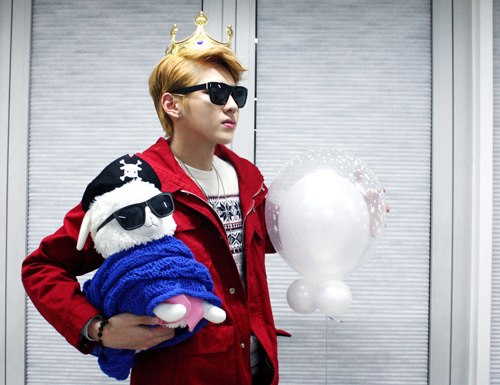 Wearing a crown and holding a Grass Mud Horse is a double fuck-you.

He’s saying “I’m the king, and you’re a dirty cao ni ma” (with a pirate hat, no less – no doubt a sly reference to getting stiffed on profits from group activities).  The rest of EXO are playing dumb but they should have seen his contract lawsuit coming as soon as they saw these pictures, but they didn’t because they are bullying bullies who only care about bullying. 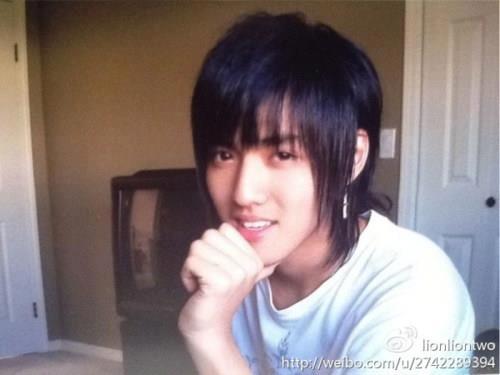 We all know how much emos get picked on.  Entire chunks of the globe are attempting to bully them out of existence as you read this.  From strife-torn countries to comedy TV shows, emos are safe from bullying nowhere.  It’s safe to say that if you are or ever were an emo, you’re probably getting bullied by somebody, somewhere, even if you don’t know it yet.  So of course Kris is getting bullied for this.  You’re probably bullying him right now.

I realise that all these pieces of evidence are absolute crap and prove nothing individually, but in what I like to call the “Netizenbuzz hate-train effect”, several pieces of shitty evidence that prove nothing all put together equals one piece of solid evidence that people will believe without question!  So now we know using this logic that Kris was bullied out of EXO!  Yay Kris for standing up for your rights!  Bad, bad EXO and SM CEOs, tsk tsk!  Let’s all go and throw eggs at SM Entertainment’s headquarters and miss and hit the gutter and cry a bit! 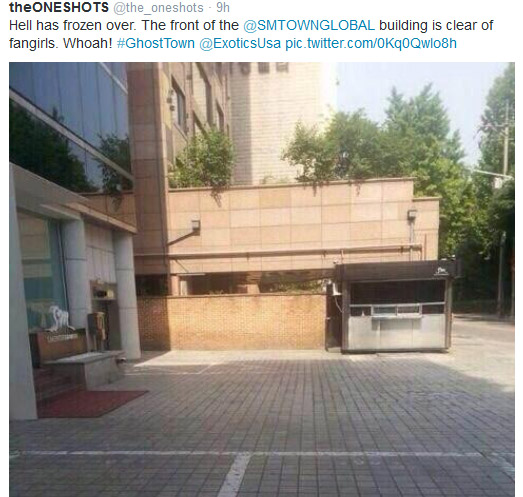 At least you’ll have a clear shot.

35 thoughts on “EXO bullied Kris out of the group: the ironclad evidence*”