K-pop and plastic surgery.  Well-worn territory, right?  It’s like bees and honey – whenever you see one, you know the other is close by.  I don’t really care though.  How is getting injections or plastic in your lips/nose/cheeks/ass/boobs really any different to getting those hoop things in your ears that fuck up your earlobes for the rest of your life, or a tattoo that says “fuck” on your forehead, or a piercing through your cock that also extends through your ballsack, or any number of other things people do to make themselves more aesthetically appealing to themselves or whoever?  I wouldn’t do that shit personally but some people obviously would for whatever reason and good luck to them.  Obviously 90% of k-pop stars are plastic-surgeried to fuck and back and it gets pretty obvious when the studio makeup isn’t on them but so what.  Michael Jackson looked ridiculous in the 90s too but he at least probably thought he looked okay and I sure didn’t cry myself to sleep at night over it (maybe a few Neverland sleepover guests did though).  My point being – less people claiming to be against superficiality while simultaneously getting very upset about other people’s superficial appearances, and the world would be a better place, right?

So it’s less in the spirit of voyeurism or criticism and more in the spirit of community education that I now present to you the following story, which may be old news to some but I think it’s a cautionary tale that should be heeded.  While there is quite a bit of writing out there about this specific incident, which is fairly old, there isn’t much within western k-pop blogging sites so I felt that it was a tale that needs to be told to a k-pop specific audience.

END_OF_DOCUMENT_TOKEN_TO_BE_REPLACED

Two months ago an interesting image crossed my path on some news sites that didn’t seem to make much of a ripple in the world of k-pop, but which certainly caught my personal attention a great deal. 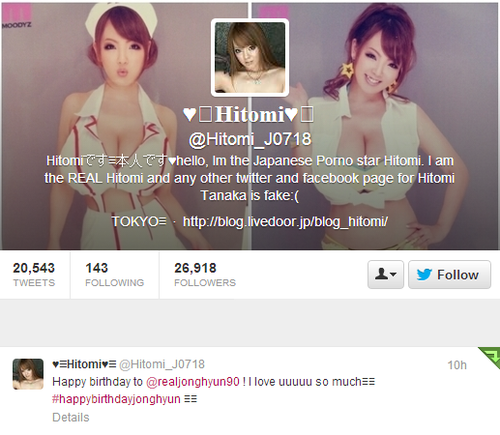