Some of you may have noticed that I recently got a blog (the G-Dragon one) published on the blog site Anti Kpop-Fangirl.

Yes, this is happening with my permission! They asked for authors and I applied, I think it’s an entertaining site so I’m very happy that they consider some of my writing interesting enough to be included. From now on, some (but not all) of the content that you see on this blog may also be reposted there. This blog will also continue on as normal, to function partly as a draft blog for the content that will go over there, and also to continue to be available for me to post other random shit that might be on my mind but may not fit in with what Anti Kpop-Fangirl does, because it’s something specific to my radio show, or just not really of the right “tone” for their page.

If you want to know more about their site, all I can suggest is that you read their FAQ which you can find by clicking this bit of coloured text right here.

END_OF_DOCUMENT_TOKEN_TO_BE_REPLACED

So I saw the thread on Netizenbuzz about G-Dragon’s hat with the word “cunt” on it. 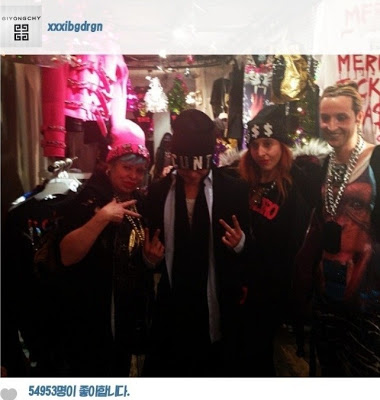 END_OF_DOCUMENT_TOKEN_TO_BE_REPLACED

I thought it might be nice to reprint here as a nice introduction to my worldview and taste in k-pop. Enjoy. Or not. I’m pretty sure these weren’t the kind of answers the OP was fishing for.

END_OF_DOCUMENT_TOKEN_TO_BE_REPLACED

Some of you may have noticed my generally negative comments about netizens (Korean Internet users who comment on articles) from time to time. That’s because netizens are mostly fucking stupid, herd-mentality misogynist, racist dickheads – just like the kind of people who comment on YouTube videos. The sad twist is that in Korea, netizens do actually hold a certain amount of actual power (albeit far less than they act like they have) and aren’t completely disregarded like they are in the west. There’s quite a few blogs out there that write very insightful articles about Korean pop media and the baffling statements from netizens who leave comments on Korean pop media articles. I could cover this phenomenon in-depth, but it’s such well-worn territory that I hardly see the point. Sites like Netizenbuzz, Asian Junkie, Anti K-pop Fangirl and many others deal with these issues far better than I ever could, the Netizenbuzz FAQ is where I would start for anyone completely new to this.

So instead of boring you all rigid with a lecture on the length and breadth of these turds and their stupidity, I thought I’d have a little fun on “Quickmeme”. The following images will hopefully give you a brief run-down of what I think of the netizen point of view on life in an entertaining format without me having to write a fucking boring essay about it.